Featured Image Above by Megan Asche

Research: Not All Predators Are Equal: Miticide Non-Target Effects and Differential Selectivity

Research: Molecular and biochemical aspects of Plant-Insect-Virus interactions in legumes 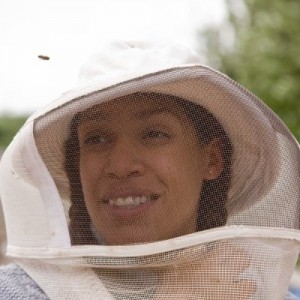 Research: Evaluating friendly controls (kaolin clay and reflective ground cover) on little cherry disease and leafhoppers that vector the X disease phytoplasma. His PhD at WSU was on cultural control of apple pests.

Research: How environmental factors influence floral traits and how those traits might be attractive and influential to bee populations.

Research: Introducing a parasitoid wasp as a biological control agent of the lily leaf beetle.

Research: The stability and diversity of native pollinator communities in urban and organic farming systems.

Research: Parasitology with a focus on biocontrol of the Brown Marmorated Stink Bug, as well as the behavioral and chemical ecology of the oblique banded leaf roller through apple genotyping and integrated pest management.

Research:Plant-insect-virus interactions, using the pea aphid and legumes as a model system.

Research: Psyllid ecology and biodiversity in the Pacific Northwest.

Returning to resume her position in Ecuador.

Ph.D. program at a University in Germany

Research: Pollinator-Mediated Gene Flow in and Among Fields of Alfalfa Produced Seeds

Research: A Qualitative Survey of Native Bees in and Near Alfalfa (Medicago Sativa) Seeds in Washington State

Research: Individual and Population-level Toxicity of the New Generation Insecticide, Rynaxypyr to the Cladoceran, Ceriodaphnia dubia

Fellowship in PhD program at Lincoln University in New Zealand

Research: Effeccts of Neoicotinoids on Adult and Immature Drosophila Suzukii in the Laboratory and in an Experimental Blueberry Field

Research Tech in Crops and Soils at Washington State University

Scientist at GreenWood Industries in Oregon

Ph.D. program at University of Idaho

Research: Diversity by design: Exploring the use of trap crops and companion plants to control Phyllotreta cruciferae, the crucifer flea beetle, in broccoli

Research: Effectiveness of Reduced-Cost Management of Green Peach Aphid in Potato with Single Treatment Seed-Applied Neonicotinoid Insecticide, and Definition and Linkage of Parasitoid Guilds of Aphids in Potatoes and Rabbitbrush in WA State

Research Assistant at University of Illinois-Urbana/Champaign