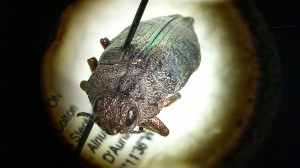 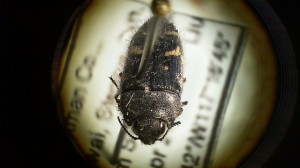 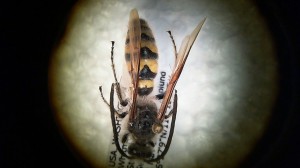 Predators of white grubs (often scarab larvae) in sandy soils. The female will dig a cell around the prey and lay and egg. Once hatched, the larvae will consume the grub and pupate before emerging from the soil. 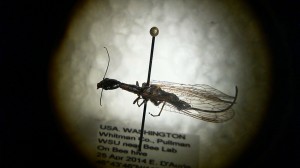 Adults and larvae are predators on aphids and soft-bodied insects. Larvae are terrestrial and often mistaken for ground beetle larvae. 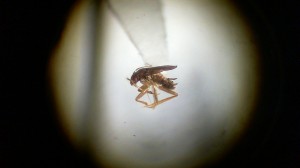 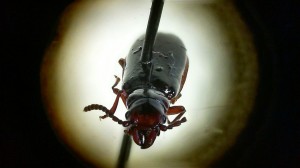 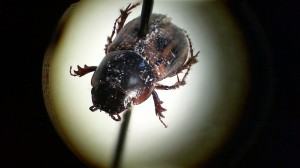 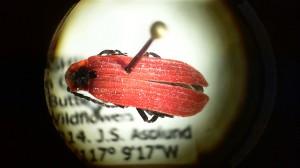 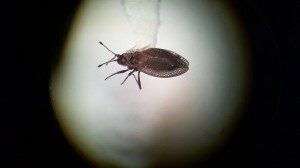 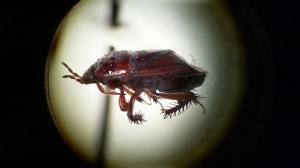 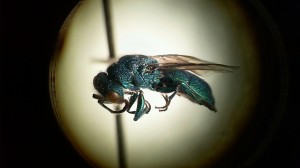 These attractive hymenopterans are nest inquilines or “guests” of other wasps and bees. They lay their eggs in the nest of their host and their larvae feed on the same food as the host larvae. 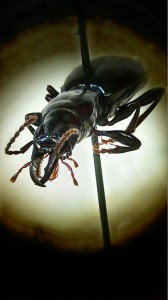 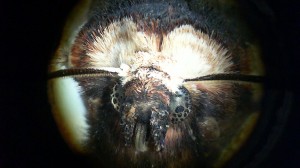 A very large and diverse group, these are some of the most commonly seen moths around lights, and on the sides of houses in the summer. 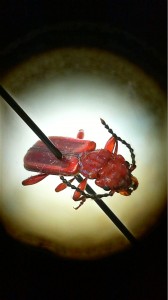 Genus: Cucujis
Common name: Flat Bark Beetle
Habitat: Under the bark of downed Cottonwood trees.
Collected: Asotin Creek, Washington
Food: Unknown, it was thought that they fed on fungi, but current research suggests they may prey on other insects. 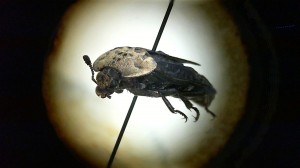 These beetles feed as larvae and adults on rotting meat. This on was collected on the remains of a deer. 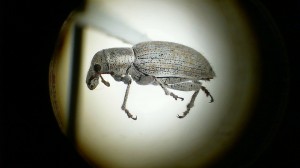 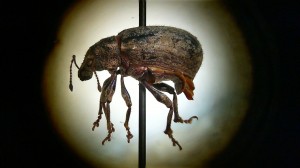 Common name: Weevil
Collected: Gig Harbor, Washington
Weevils feed on seeds and plants, and some are important pests of crops. 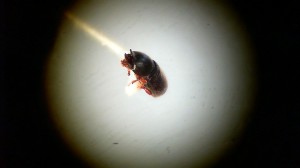 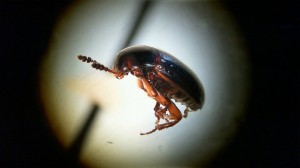 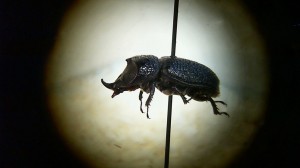 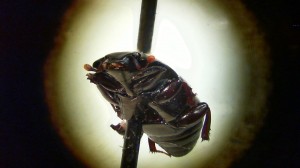 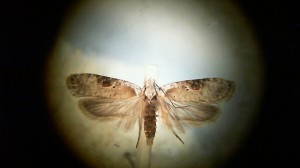 A common moth in wooded areas, this is a bio-control agent released to control or eliminate populations of invasive Conium spp. (Poison Hemlock) 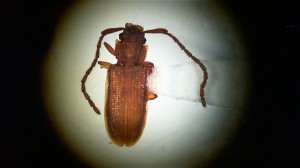 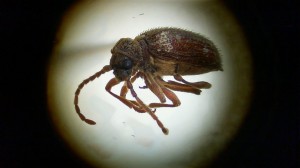 This Spider Beetle os a scavenger and can often be found wandering on walls and door frames, as they are attracted to light at night. 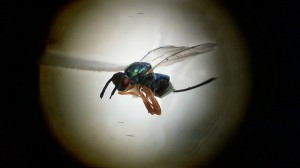 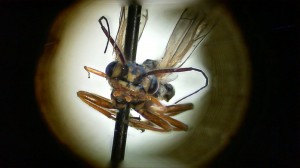