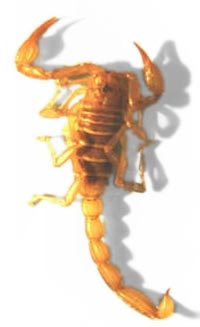 Vejovis boreus (Girard) is the species found in the PNW region on dry southwest slopes. They can be locally common but are rarely seen. The species is nocturnal like most scorpions but enter warm places in the cool days of fall to hibernate. The Northern Scorpion is not known to sting humans. The venom of this small (30 mm) species is mild, but allergic reactions are  possible from any venom. Scorpions hunt and feed on insects and other small prey they can handle with their Chelicerae (claws). The sting injects a dose of paralyzing venom similar to that of spiders. They are very beneficial animals but are innocuous due to their rarity. This specimen was found in a grocery store in Pomeroy, WA. 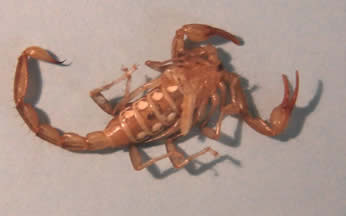